Revealing the Sound system of Virtual engine in Electric vehicle

Ferrari said recently that the company plans to produce a high-end electric car, which is a major change in direction for Ferrari. While Ferrari has hybrid technology for some cars, its former CEO, Sergio Marjone (Sergio Marchionne), has said the all-electric Ferrari is "an almost abominable concept." Some Ferrari supporters think so: how can an all-electric Ferrari get attention without the roar of the brand's proud engine? 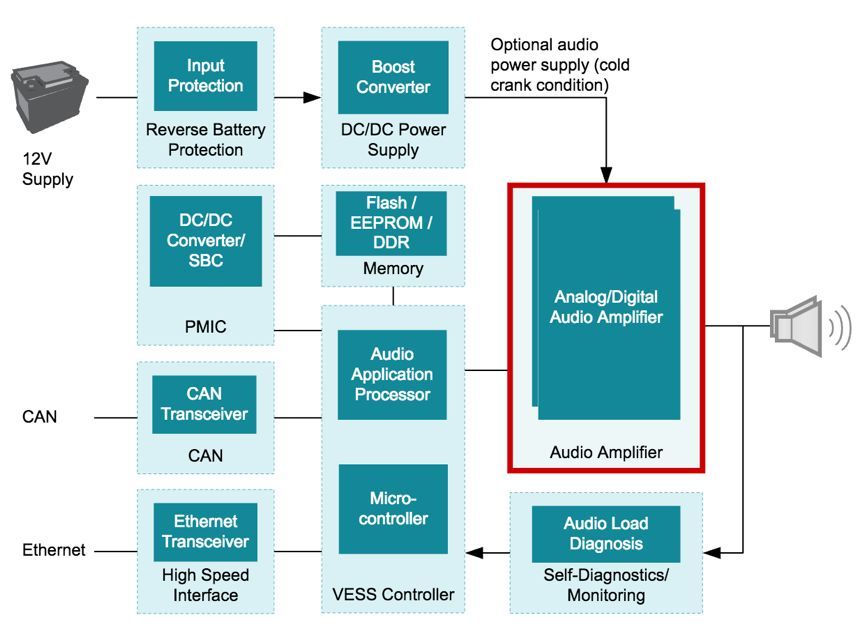 Sound waves are not a problem.

In fact, BMW has solved this problem as early as a few years ago. The BMW i8 hybrid sports car, which went on sale in 2014, took only 4.4 seconds to speed up, but its unique roar was not the work of the engine-its gasoline engine was very small. The roaring effect comes mainly from the sound system installed inside and outside the car. In addition, it can howl when there are pedestrians around them to remind them.

The i8 will be equipped both internally and externally with an artificial ASD (Active Sound Design) sound system. The internal ASD system has three different tones, corresponding to the "comfortable" (Comfort), "movement" (Sport) and the "environmentally friendly" (Eco Pro) driving mode.

On the outside of the i8 is another ASD system-the right exhaust pipe is normally connected to a 231-horsepower three-cylinder gasoline engine using BMW TwinPower turbo-augmentation technology, while the left exhaust pipe has a loudspeaker. In addition to simulating the roar of an engine, the i8 can also "howl" to nearby pedestrians to beware of the car: in electric driving mode, the pedestrian protection system located in the front of the car is automatically activated.

Safety is the top priority.

The virtual roar that produces adrenaline serves only a few sports cars. With more and more electric vehicles, many people have experienced electric cars or Hybrid models quietly passing by in pure electricity mode. Quiet, though an advantage of electric models, is not easily noticed by other passers-by and therefore hides potential safety concerns.

In response, the U.S. National Highway Traffic Safety Administration, the NHTSA, also said electric vehicles could not continue to remain silent at low speeds to ensure the safety of other passers-by.

In fact, in 2010, including the vehicle engineering group SAE International, automakers and a number of relevant groups held a meeting, and agreed to begin in 2019 to add artificial noise to electric cars, Hybrid cars to alert pedestrians. Cyclists and the visually impaired.

On March 9, 2016, the United Nations held a meeting at its European headquarters in Geneva to approve safety standards that require electric vehicles to issue the same volume as petrol vehicles. The configuration of electric vehicle microphone is becoming an industry standard.

Different speeds, different engine noise. The voice chip can preset a variety of sound effects so that the loudspeaker can make the engine sound at the corresponding speed in every 5KM/H, and the sound simulation effect is more realistic. Can let the pedestrian from the sound frequency to judge the speed and speed.

Reference Design of Virtual engine Acoustic system based on TI

Reliable output load diagnosis is realized in all operating modes.