By Driving Mode, Google or will achieve voice-controlled automatic driving?

Voice control autopilot can be regarded as a transitional means of L3-L5 level.
Not long ago, the annual Google I I conference was held in Mountain View, California, as scheduled. At this event of Internet and technology developers, Google brought: 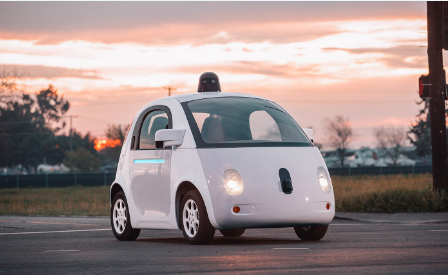 The latest progress of the Waymo team, which is six million miles on the public road.
Even though the Android platform, which is open to third parties, is focused on Driving Mode driving mode this time. It is understood that the whole mode is embedded in the complete Google voice interaction, users can operate navigation, entertainment, telephone and other functions in driving mode.

More importantly, based on this feature, Mr. Che believes Google has touched the threshold for voice-controlled vehicle autopilot. What does it mean?

Nowadays, most of the intelligent voice assistants can only control music, navigate similar software services, or control the traditional parts of the car, such as windows, air conditioners, skylights and so on. But through the voice control vehicle autopilot function, such as "turn left", "parallel to the right", "pull over" and other instructions we may have only seen in the movie.

However, with its powerful voice assistants and progressive autopilot, voice-controlled vehicle autopilot may be possible in the near future. Before we go any further, let's talk about the significance of voice control vehicle autopilot.

For now, if we want to control a car, the easiest and most direct way is to operate it ourselves. When the era of full autopilot comes, we just need to tell the vehicle where it is going, and the vehicle can drive by itself, and naturally we don't need voice to control the behavior of the vehicle. In this way, it seems that the transition from now to the era of full autopilot does not require the transition of user voice control vehicle autopilot.

But is that really the case? Actually this is not so。

Intelligent voice assistants "get on" cars because the current autopilot ability is not strong enough. Car companies hope to help users focus more attention on the front through voice assistants, and control the functions in the car through voice. In order to ensure the safety of users driving.

And when the pointer enters 2020, that is, the "Year of the Year" of automatic driving in the L3 level, some vehicles have been able to achieve full automatic driving in a specific scene under man-made supervision. And the automatic driving function of the voice control vehicle can play its role when the vehicle is driven from a specific scene to a conventional scene or when a car with an L3-level automatic driving function interacts with a vehicle that is not provided.In general,The difference between the two is that voice control autopilot belongs to a higher dimension of transition. In other words, the current voice assistant is the transition from L 0 to L 2, while voice control autopilot is a L3-L5 level transition.Now let's talk about Google touching two prerequisites for voice-controlled vehicle autopilot.Now let's talk about Google touching two prerequisites for voice-controlled vehicle autopilot.

First, a powerful intelligent voice assistant.
There is no need to say much about the intelligence of Google Assistant voice assistant, it is worth mentioning thatAt this conference, the voice assistant was once again optimized, that is, users do not need to exhale wake-up words to directly control the car.For example, Hey Google, turns on the air conditioner and sets the temperature to 24 degrees.

Predictably, Google Voice Assistant upgrade can serve voice control vehicle autopilot function. As for why, you can imagine: when you lie comfortably in the car and enjoy the view outside the window, the van that suddenly appears in front of you breaks your good mood, and then you plan to overtake the car from the right, but pass through "Hey Google." When I was in, "parallel to the right," and "OK," the car in the right lane had already followed. Second, strong autopilot ability.
If you want to achieve voice control of vehicle autopilot behavior, you need a variety of sensors in the car, and the mainframe factory and third-party suppliers not only hold the data firmly in their own hands. And most of the electronic units of each sensor are not provided by one supplier.Therefore, behind this there are traditional car enterprises, Internet enterprises, third-party suppliers in the data of the deep game.Fortunately, nearly a decade of R & D investment has put Waymo, Google's autopilot company, at the forefront of many companies in terms of autopilot technology. Now,Waymo has been able to work together between software and hardware through its own lidar, radar and vision sensor.This means that Google is expected to form its own "data barrier" in the area of car networking and autopilot, so that it can better achieve voice control vehicle autopilot without relying on third-party data.

brief summary
In fact, without considering the entanglement of voice assistant and data, it is much easier to realize the automatic driving function of voice control vehicle. Last year, a big foreign god built a prototype car with this function in his backyard.

However, it will take a long way to carry this function into mass production. The good news is that Google has reached this threshold. Perhaps, if Google intends to bring this feature to the car, we will soon be able to see users driving autopilot via voice-controlled vehicles on the Waymo driverless car in Phoenix.